This puppy is done with being penned in. As a fairly small fellow, he makes the only logical decision — escape through the tiny gap. While his sibling watches from the back, like the clearly smarter dog he or she is, the puppy attempts to force his body through the gate.

At first, it looks like it’s going pretty well! Got the head through, got the shoulders, which are probably the widest part of his body. But then the pup just gets too excited about his progress or too panicked about being pinched. While he flails, disconnecting the gate from the wall entirely, his sibling makes a break for it, leaving the poor guy doing all the work stuck, upside, in the fence. Life just ain’t fair. 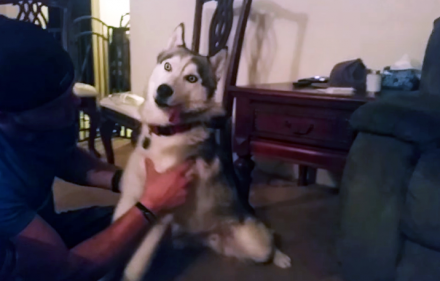 Dogs On Drugs: Hilarious But Terrible