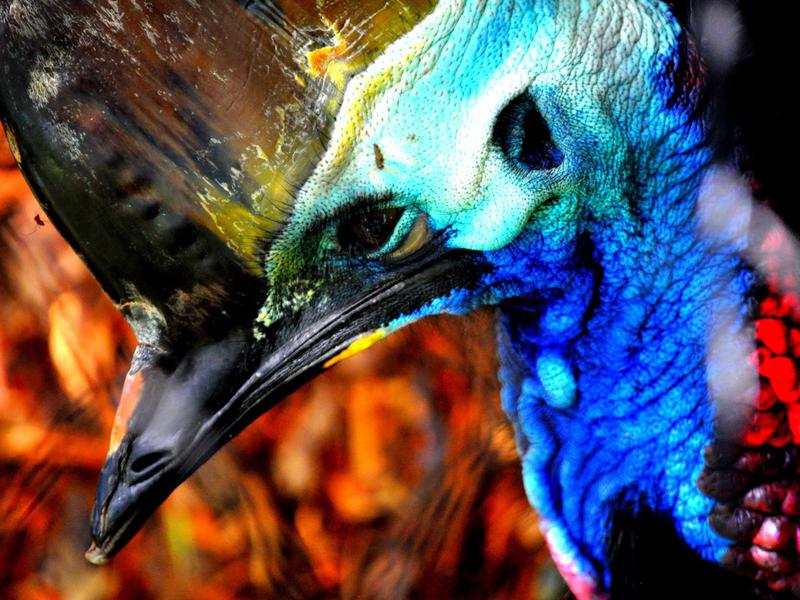 The cassowary is a large flightless bird native to the forests of Papua New Guinea and northeastern Australia. With their blue and red necks, large bony protrusions atop their heads and feathers so soft, they seem like fur, these birds are unlike any other. They are also the second-heaviest birds in the world — and probably the ones with the foulest temper.

It’s the fathers who bring up the chicks, and when they have them in tow, they are very protective. Because they live deep in the forest, the best way to see Cassowaries is when they cross the road…which is also when they are at their most vulnerable.

The best place to spot these prehistoric birds is near Mission Beach, a small town in Queensland, roughly halfway between Townsville and Cairns.