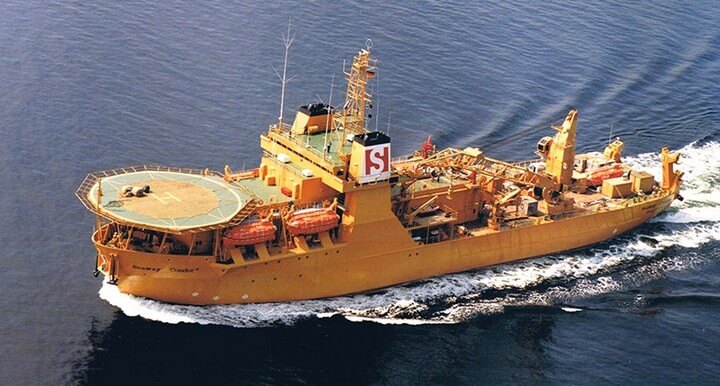 In the 70ies and 80ies of the 20th century, ships become more impressive: they were larger in size and heavier, they had bigger cargo capacities. The ships were equipped with helicopter landing platforms, they were strengthened, and the shape of their hull and nose changed. The first “Berlin” cruise ship was set afloat.